The pool is sprayed, we have a lavanderia, the first windows are installed and lots of pipes!

It has been a busy month. Lots of work has been done on first fix including water and electricity, toilets and underfloor heating – very exciting signs of new functionality. An unbelievable length of pipework has already been installed with even more ready to go in. It’s been great to be working with Technovasol (local specialists is renewable energy systems) on the heating system – we met them at a local fair nearly two years ago!

The most dramatic day was when the team arrived for the next stage of the pool construction. We had a heard a bit about the process but nothing prepared us for the level of activity and the speed of work. Starting from the empty shell with ironwork in place, they sprayed concrete on to the pool walls. They did three layers about an hour apart which allowed the concrete time to dry sufficiently to mean that it didn’t all fall off. The power of the spray meant that two people had to hold the nozzle. The bottom of the pool was done using a normal pump. Five concrete lorries were needed and the only breaks the team took were while waiting for the next lorry to arrive. After the concrete was on, they had to smooth it out, just as for normal plastering but on a much bigger scale and whilst walking around in concrete! The end result looks almost ready to swim in, helped by a rainstorm two days later that left 5cm of water in the bottom. Not bad for one day’s work!!

Another big step forward was the arrival of the first windows. We did have some amusing terminology misunderstandings – our Spanish is improving but technical terms can still be a challenge. We had been told that we had some windows “completa – con sash” and we misunderstood this to mean they would have glass. “Windows” actually meant window frames and “sash” simple meant the part of the frame that opens. The Spanish do have sash windows in some old houses and these are called “gilotina” for obvious reasons! This is the window in our bedroom, not a bad view…

This extension went up very quickly although they still need to build stone (more recycled stone from the house) on the outside. When it is finished you won’t be able to see which parts are new and which are old. The extension includes the laundry room (Lavanderia) and two shower rooms. 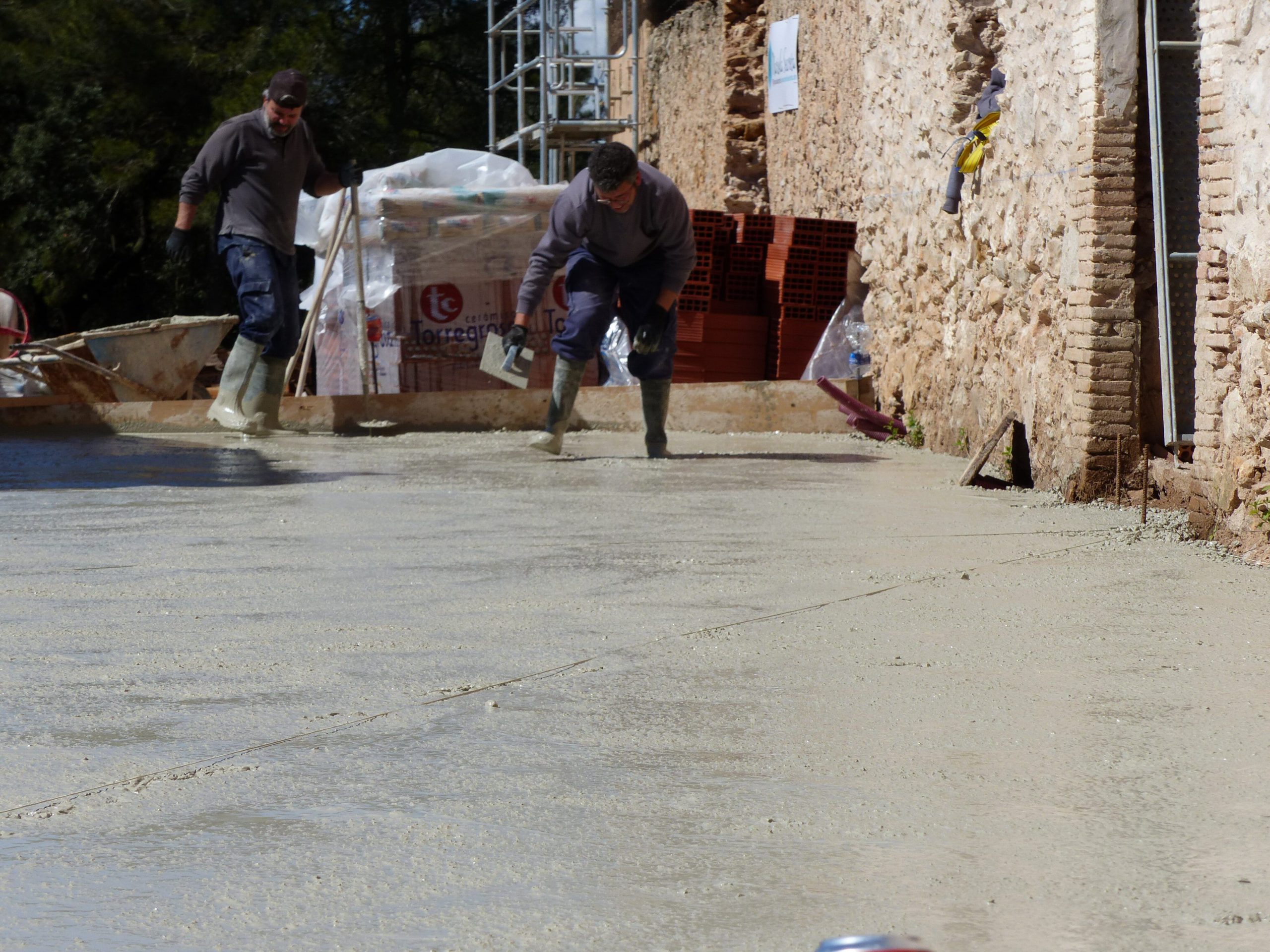 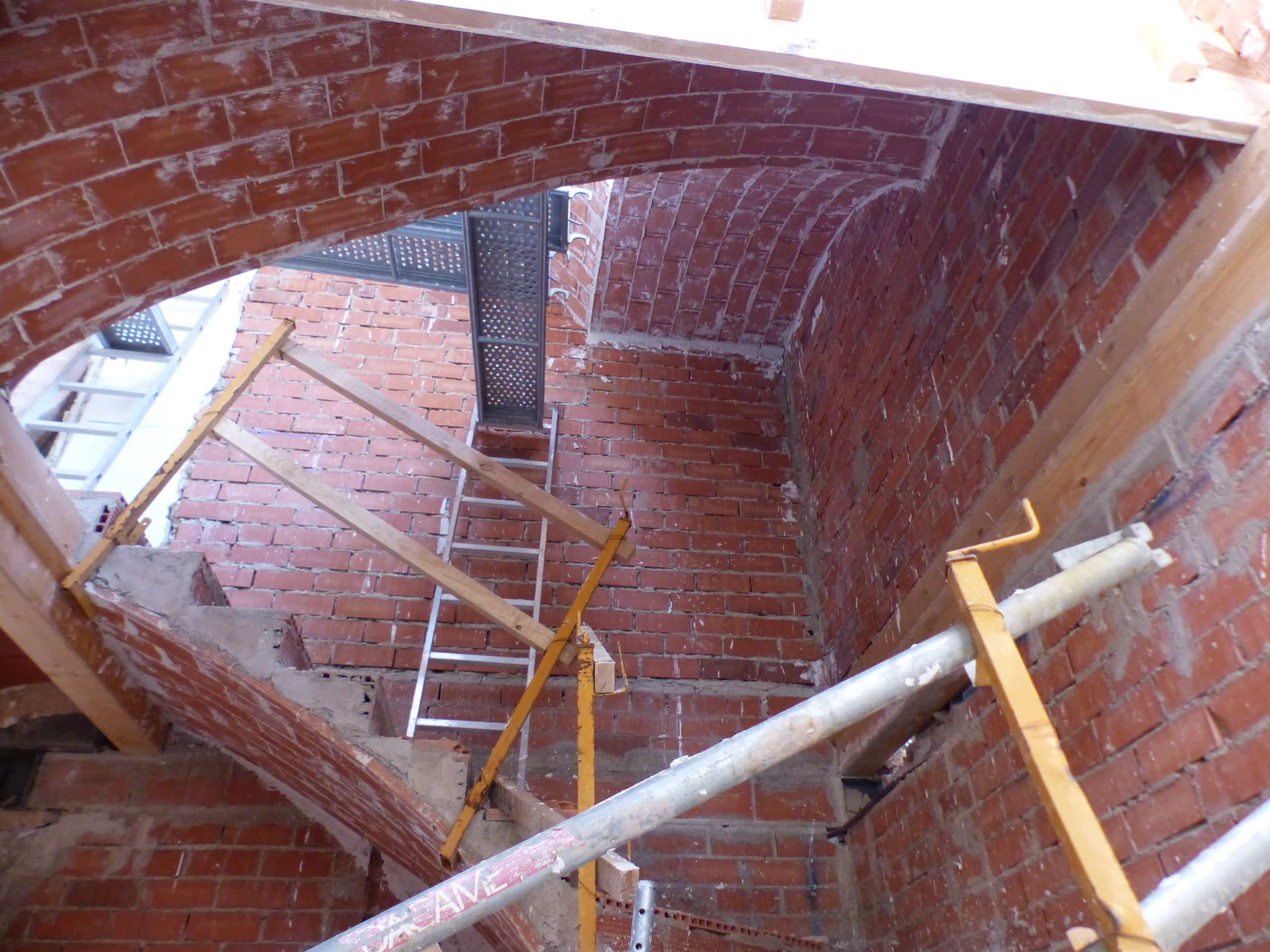